The Atelier Reutlinger, like many studios, liked to put out series of postcards around a theme, often with a frame reflecting the theme and a varying set of actress/singer/dancer images placed within the theme.

One series is the four seasons. Here are example cards for each season: 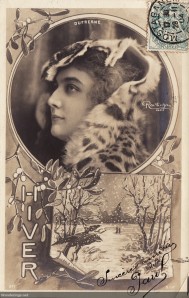 Here’s another series, of fantastical photomontage: 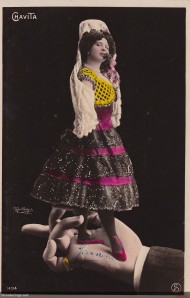 And here’s a series of the days of the week: 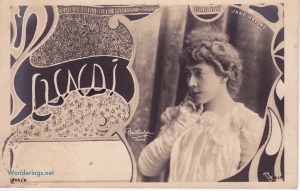 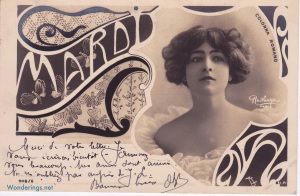 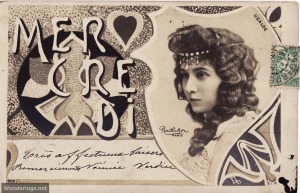 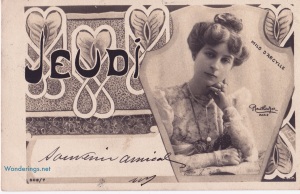 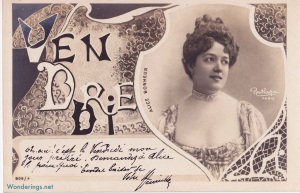